HBPP is located just south of Eureka near the mouth of Humboldt Bay in Humboldt County, California.


At Humboldt Bay Power Plant (HBPP), there were two fossil powered units, 1 and 2, that supplied power to the growing community of Eureka, CA. The two fossil units were commissioned in the mid-1950s and ran for just over 50 years before they were decommissioned. Unit 3 was commissioned in 1963 and operated as a 65-megawatt (MW), natural-circulation boiling-water reactor.


Unit 3 was shut down in 1976 for refueling and seismic upgrades. Repairs subsequently extended the planned shutdown period, and in that interval, significant regulatory changes were made for reactor operation and design. The decision was made to forego further modifications and to not restart Unit 3.


In 1983, PG&E announced its intention to decommission Unit 3. In 1986, PG&E requested a Nuclear Regulatory Commission (NRC) license amendment for SAFSTOR, a condition that would permit Unit 3 to store nuclear fuel, but not to operate. The SAFSTOR license was received in 1988.

Decommissioning started in 2009 and completed in 2021. The former reactor vessel, nuclear systems, caisson (containment) structure, buildings and other materials have been removed. The soil at the HBPP site now meets Nuclear Regulatory Commission (NRC) standards for the “residential farmer” scenario. It is the strictest guideline for decommissioning former nuclear power plants.

PG&E does not currently have plans beyond industrial use for the site as the Humboldt Bay Independent Spent Fuel Storage Installation (HB ISFSI) and the Humboldt Bay Generating Station (HBGS) are located within the former HBPP site boundary.

HBPP has been a dependable energy partner for Humboldt Bay and the surrounding communities. Below is a timeline of major events that shaped the history of HBPP, Unit 3.

After nuclear fuel was used to produce electricity at Humboldt Bay Power Plant, it was placed in wet storage pools. These pools were located inside the plant's fuel handling building.

The fuel was then moved to the Independent Spent Fuel Storage Installation (ISFSI) site. There, it is safely stored in a dry storage format. This facility is located on the site of the power plant. It has a separate license from the US Nuclear Regulatory Commission (NRC).

The fuel is stored at the Humboldt Bay ISFSI on an interim basis. It will eventually be transferred to the federal government's repository - once established - for long-term storage. PG&E has sued the U.S. government for not fulfilling its legal obligations to accept the spent fuel and has returned those funds to customers via rates.

Humboldt Bay Generating Station (HBGS) has been operating since 2010. The 163-megawatt power plant provides power to up to 67,000 customers across approximately 20 cities and towns primarily within Humboldt County (including Eureka, Arcata, McKinleyville, Fortuna and some tribal communities).


HBGS can be removed from the state's power grid and still provide power to tens of thousands of customers through what is called "islanding." This helps to keep the power on during a Public Safety Power Shutoff (PSPS) or other emergency outside of the area that impacts transmission lines serving the North Coast.


Humboldt County maintains a tsunami evacuation siren on HBPP property for the communities of King Salmon and Fields Landing. 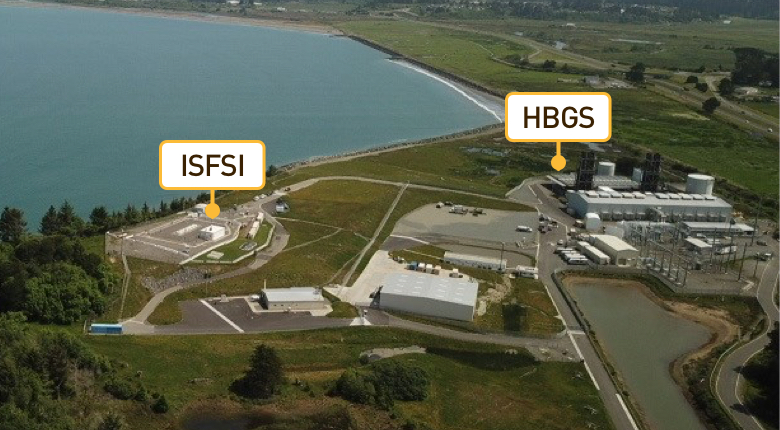 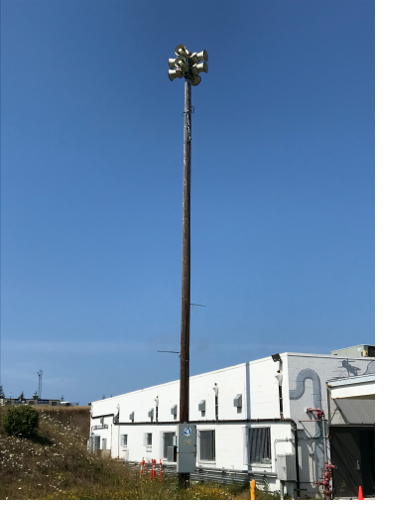 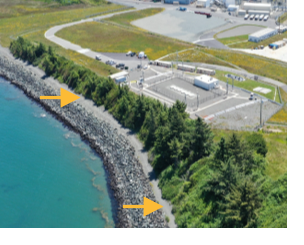 Amenities are not available

There is no vehicle access or boat launch on the trail. There are also no park areas, picnic tables or bathrooms.

In 1998, PG&E chartered the Community Advisory Board (CAB) to facilitate communication with local community members. It improves our standing as a good neighbor and provides a mechanism for regular status updates on projects at the Humboldt Bay Power Plant site.


The CAB created a formal, two-way communication channel between PG&E and the community. Participants have included:


The CAB and HBPP employees have developed a cooperative relationship. This has enabled robust conversations regarding PG&E projects, including building the Independent Spent Fuel Installation and the new Humboldt Bay Generating Station, as well as the decommissioning of the former natural gas units and overall site remediation.


Until recently, the CAB met three times a year. Discussions are underway on how best to keep CAB members and the community involved and informed as decommissioning activities have come to an end.